The video was filmed in Paris, in November 1989. “Miss Jackson’s” love interest in the video is Mexican songwriter and director René Elizondo Jr. They secretly married on March 31, 1991. In fact it is said to be Elizondo’s hands covering Janet Jackson’s breast on the September 1993 cover of Rolling Stone magazine. 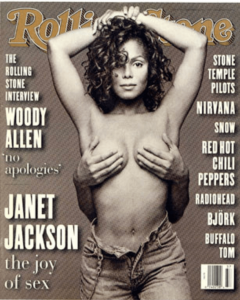 Elizondo directed and co-wrote several Janet Jackson videos and songs during their marriage. The couple divorced in 1999.

Janet Jackson introduced herself to Generation X as Penny Gordon Woods in Season Five of “Good Times” in 1977. Miss Jackson was 11 years old. Willona (Ja’Net DuBois) adopted Penny to free her from the abuse from her biological mom.

Every red-blooded young man loved Miss Jackson (“if you’re nasty”) in the late 1980s and early 1990s. “Come Back To Me” is one of those memorable odes that can and will never happen again because of the social dynamics of the Western world since the turn of the century.

“All my life I’ve waited,
To see your smile again,
In my mind I hated,
Not able to let go,
Come back to me,
I’m beggin’ you please,”

It was such a privilege, such great luck, to grow up in the 1980s and early 1990s. Those hopeless romantic feelings will always exist. Thank you, Miss Jackson.