39 years ago today, November 20, 1982, Joe Cocker and Jennifer Warnes were #1 on the Billboard Hot 100 with “Up Where We Belong” for the third consecutive week

I watched “An Officer and a Gentleman” way late at night on Cinemax or HBO in 1983. My calendar journal from that year has a little side note on the August page. It says “Paul’s mom looks like the Officer Gentleman woman.” I don’t recall who exactly Paul (or his mom) is.

I had no idea what was going on in that movie, or what I was watching. Most 8-year-old kids wouldn’t. But something about it, particularly the soundtrack, stuck with me. I still love it today.

I loved Debra Winger as an 8-year-old boy, after seeing that movie. Today, a lot of people dislike Winger for whatever reason. 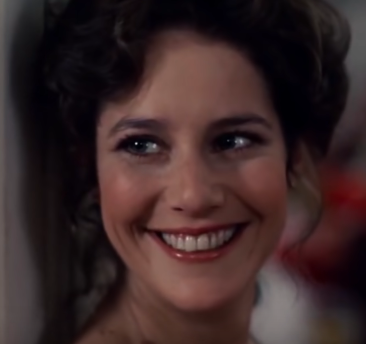 I always wanted to carry my woman away into the sunset like Zack Mayo did at the end of “An Officer and a Gentleman.” And my cheesy hopeless romantic crap has endured to this day.

Unfortunately for 80s sweetie Laura Branigan, “Gloria” never reached #1 in 1982 because of “Mickey” and Hall and Oates’ “Maneater.” “Gloria” stayed at #2 during those weeks.

But I digress. Debra Winger was probably my first “older woman” crush. My mom also liked the song “Up Where We Belong” so that gives it more nostalgic appeal. But I didn’t truly appreciate “An Officer and a Gentleman” until 6-7 years ago when I saw it as an adult for the first time.

Debra Winger openly dissed Madonna a few months ago. Winger explained that she turned down a role in the 1992 film “A League Of Their Own” because she didn’t want to work with Madonna.

“Up Where We Belong” is far more memorable for me than “An Officer and a Gentleman.” But that’s just me.