The year 1980 is to the oldest of Generation X, as 1990 is to the youngest of Generation X (i.e. ME). Those years transitioned from one era to the next. I talked about Disco Demolition Night in another blog post and in a 2006 podcast I created while a student at Arizona State University.

Disco (circa 1972-1980) was the grooviest eras in music history; and the last truly creative genre of Black American music. Synthesizers came along in the 1980s and trivialized pure music talent, meaning people who played actual instruments. The 80s, by far, is my favorite decade of music. But it was nowhere near the most talented decade for artists.

That said, Blondie was part of that “new wave” music genre of the 1980s after disco. Funny how this is the second time in six months that a Richard Gere movie soundtrack is featured on this website. Granted, “Up Where We Belong” by Joe Cocker and Jennifer Warnes would have likely been a hit without the 1982 movie “An Officer and a Gentleman,” starring Gere. But “Call Me” needed “American Gigolo” (1980) to reach its historical heights.

Blondie was already an international success, with the band’s 1979 smash hit “Heart of Glass.” That song reached number-1 on the Billboard Hot 100 on April 28, 1979. It also hit number-1 in at least nine other countries, including Australia, Canada, Germany, and the U.K.

I don’t remember “Heart of Glass” as a young child. My first recollection of the song is from the late 1980s. But “Call Me” was oft-played in our household because mom, dad and their friends had little get-togethers at our house after all of them finished their meat packing plant and other assembly line jobs.

“Call Me” first reached number-1 on the Billboard Hot 100 on April 19, 1980. Blondie overtook Pink Floyd and “Another Brick In The Wall (Part 2),” which had been number-1 for four-straight weeks. “We don’t need no education…Hey, TEACHERS, leave those kids alone.” Great song on all levels then and now.

I discovered Blondie on April 23, 1980 when I was 5 years old thanks to Casey Kasem. She was also in an episode of The Muppet Show that year.

The cassette tapes (when I recorded the song from the radio) are barely audible anymore. But I can still hear myself singing along with “Call Me” on said tapes. I had absolutely no idea what was going on in “American Gigolo” when I first saw it in 1983. But I really liked Debbie Harry and the “Call Me” video on MTV and Night Tracks. I didn’t realize until way later (like in my 20s) that Debbie Harry was only two years younger than my dad.

Funny how I, and perhaps many others, thought “Blondie” was Debbie Harry’s name back then. But Chris Stein, the guitarist for Blondie, along with Clem Burke (drummer), were the architects of Blondie, and don’t really get the credit they deserve. Ms Harry was a waitress and even a Playboy bunny/server in the 1960s and early 1970s before her music career. 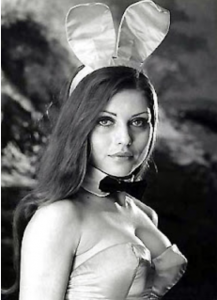 “Call Me” stayed at number-1 for six weeks until one of my dad’s favorites, “Funkytown” by Lipps, Inc., took the top spot on May 31, 1980. For the record, “Funkytown” is the work of lead singer Cynthia Johnson.

Note that Ms. Johnson, who also plays the saxophone and keyboard, is not in the foregoing video because the record companies, like they often did, stole her talent and portrayed it in others. But yes, a Black woman is the voice of “Funkytown.” Lipps, Inc. is NOT that silly white chick version you see in the first few results on YouTube. I won’t be posting it here. Much love Ms. Johnson.

Blondie had two more huge worldwide number-1 hits after “Call Me” – “The Tide Is High” in late 1980 and “Rapture” in 1981. The underappreciated lyrics of “Rapture” featured Ms. Harry paying tribute to New York graffiti artist and rapper Fab Five Freddy. He became the first host of “Yo! MTV Raps” in 1988. Ms. Harry did that classic rap verse: “Fab Five Freddy told me everybody’s fly” at the 1:55 mark. Fab Five Freddy is also in the video at the 2:20 mark in the background spraying graffiti.

Coincidentally, my first real celebrity crush, complete with posters on the wall and me paying for concerts, was another blonde Debbie – Debbie Gibson. “Shake Your Love” peaked at #4 on the Billboard Hot 100 in late 1987. It’s still one of my top five songs of all-time. And the April trend continued. “Out of the Blue,” Debbie Gibson’s second top-five hit on the Billboard Hot 100, peaked at number-3 on April 9, 1988.

April has been a gut-punching month throughout most of my life. My mom passed away on April 27, 2014. My very close friend Cyndi Whitmore passed away on April 26, 2017. I met my ex-girlfriend Yuki on April 21, 2018. She passed away at age 30 on July 12, 2019, in my arms. The only dog I’ve ever had in adulthood, Max, was shot and killed by a bitch-ass cop while Max was trying to protect me from said cops on April 20, 2010. The most traumatic day of my life was April 29, 1987. That’s when I learned my parents were getting divorced and my life and psyche were never the same from that point forward. Today, April 23, also recently gained significance.

I read Debbie Harry’s memoir Face It in 2019. The book isn’t very good overall. But she endured some tough times. Ms. Harry described an incident of almost being raped and killed by Ted Bundy in the 1970s. Some question the veracity of these claims. Ms. Harry also described a second rape incident in her book. Those incidents led her to have random sexual encounters with women throughout most of her young adult life despite saying her relationships with men were “the most enduring.”

I’m now closer to 50 than I am 40. Perspective and reflection are always apropos in writing now. Death is inevitable in us all. I’ve experienced lots of it in my life, and have walked the plank of death three times. Memories lift us up in those dark times, even when they are painful. The month of April contains a lot of said memories, both good and bad. Just hoping there are no bad turns in the last few days of the 2022 version.

To young people – don’t let life pass you by. Always be moving forward and use every experience and relationship as stepping stones. Because you can never physically go back. 80s music and videos are the closest thing to a time machine in my life. I’m just lucky to have been a child of that decade so I can always go back to those times in my mind and smile.