Whether on remote land, BLM land, at truck stops, or urban dwelling, I’ve taken up temporary residence in many areas of the country at different times during this period. The van life is over for me, so now is the time for reflection and my version of Johnny Cash’s “I’ve Been Everywhere.”

When I was stuck in Phoenix working office jobs, I’d frequently escape two hours north to Flagstaff where it was 50 degrees cooler outside in July. Van life means you can always travel to nice weather any time of year.

Part of one summer/fall was spent watching my good friend Mike’s dog at his place in Alameda, California, while he was at Burning Man. It was the first time I drove the van in the Bay Area. But I stayed there for a month total on a few different occasions. It was also the first time I’d ever heard of Burning Man.

Mount Charleston, Nevada – about 35 miles northwest of Las Vegas – turned out to be one of my favorite spots of all (sans some of the people living up there who believed they owned the entire mountain). It was 115 degrees in Las Vegas. But 7,000+ feet above sea level on the mountain, it was a comfortable 79-81.

Driving the van back and forth between the city and the wilderness was common and an extra expense. But its was well worth it while working with content marketing clients in Sin City.

The greatest test for my old 1990 Chevy van was driving and camping out at the Oceti Sakowin camp in North Dakota during the winter of 2016. Standing Rock water protectors attempted to push back Keystone Access (whatever) oil people from drilling underneath Sioux tribal lands at the time.

The van always started right up in -30 degree weather, of course with that Heet antifreeze for gas dumped in the tank. I drove through blizzards with brand new snow tires that truly kept the van on the road. I slipped and slid a few times, but only lost control once in 20+ days of cold, snow and/or blizzard. These were all great accomplishments since I had never taken the van, which now has 227,000 miles on it, into arctic conditions until that time.

I’ve chilled near the Continental Divide in Gallup, New Mexico (Navajo land) for several days. Yellowstone Park ranks up there with the coolest places I’ve camped for several weeks throughout the journey. I learned that Montana had no state sales tax. Mount Rushmore was a cool bucket list thing to see. 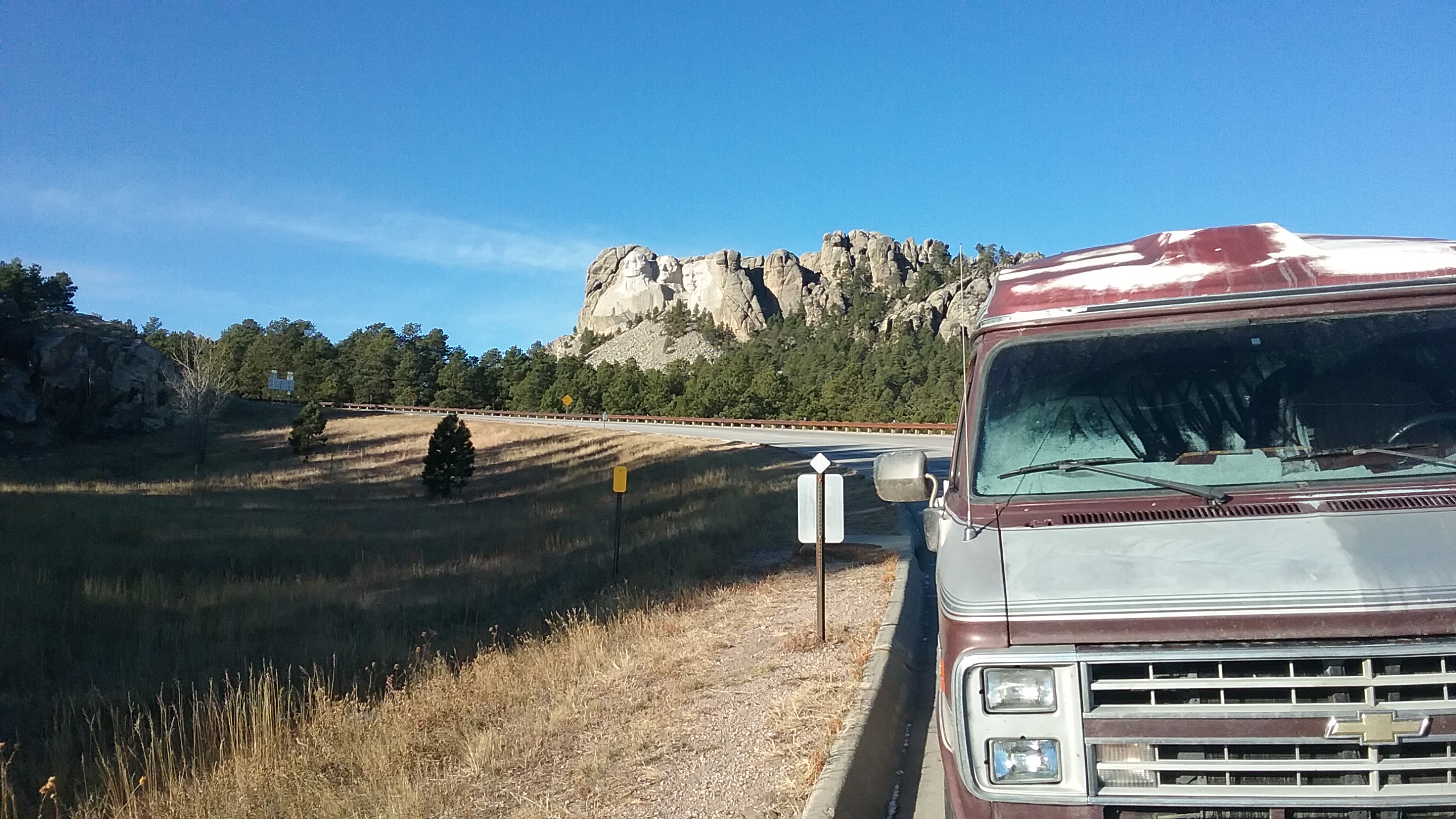 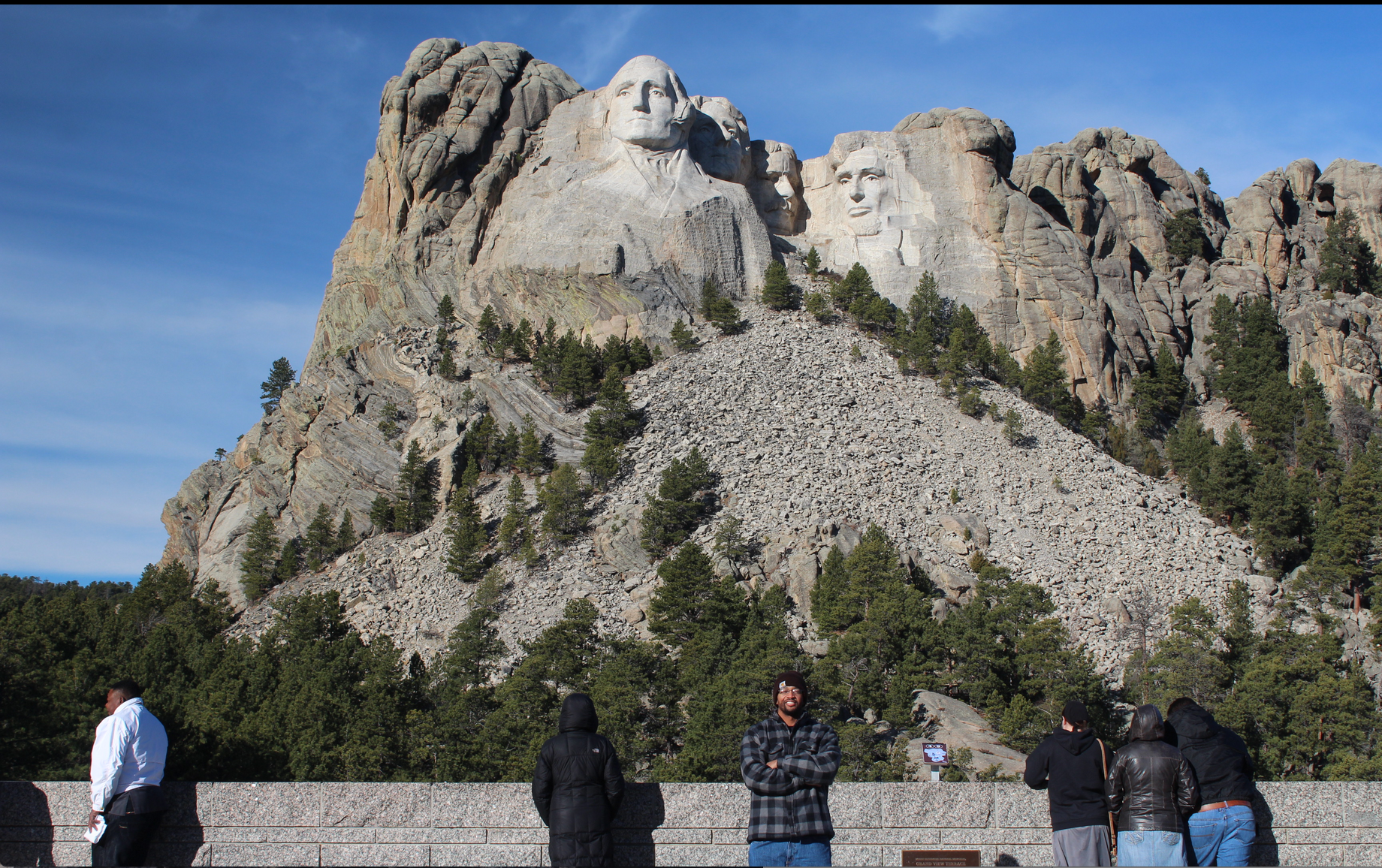 Completely different climates were within 100 miles of each other. Sunrises became associated with warmth during winter months in chilly cities when I didn’t want to run the heater at night. High elevations seemingly soothed my tinnitus. I frequently tried random restaurants along the way.

The entire three-year experience taught me a lot about myself and about being human; being humble. I’ve adopted many Buddhist principles over the last decade, particularly the prime reality that everything is energy.

Human beings are inevitably meant to suffer. Many suffer from hunger and dehydration, while many in the Western world suffer due to desire for material things they cannot have. I’ve heard some people describe van life as “fetishizing poverty.” But these are the types of people who believe they are suffering if Starbucks closes early due to the closing barista getting sick.

I haven’t had a personal Facebook, Twitter, or Instagram account for nearly three years. I’ve been in possession of a television for a total of about five months in the last 10 years. I have no idea who is famous in the 21st century or why they are famous. The last movie I saw in a theater was “Straight Outta Compton.” Before that, it was “Titanic.” The last TV show I regularly watched during its regular season runs was “Girlfriends,” which went off the air in 2008 (and even that show started to suck after Season Two). I’ve only been connected with nature, the spirit, and a few friends and family.

When you divest of materialism, you become a free human spirit. The Roman/King James Bible even warns of worshiping mammon over kindness, righteousness and sacrifice (see Matthew 6:24). I truly understand now; all I really need is food, water, and shelter to physically exist in, understand, and gain wisdom in the world. Some great people I met along the way even took me to their countries to see the life of Buddhists up-close-and-personal. But that is a conversation for another kalpa.

You can travel 1,000 miles per month (assuming 15 mpg), eat three times a day, and shower at gyms and truck stops for less than $1,000 per month. That’s $12,000 per year you need to travel perpetually, go fishing in obscure water holes, become one with nature, and start figuring out why humanity exists. The $12k is equivalent to the 2017 one-person poverty line in the USA. In other words, anyone who wants to unplug and just be part of the energy field can do so.

Expenses were even less when I wasn’t moving around a lot (less gas); when I’d stick around particular areas for a while because I liked the energy vibes.

Of course this lifestyle assumes a well-maintained, functioning van. The $85 per month for van maintenance equals about $1,000 per year. That means you’re getting something major repaired or replaced every year, along with regular maintenance, on a 27-year-old vehicle. One year it was a complete brake job, shocks, fuel pump, and sending unit. The following year, it was transmission service, tune-up (plugs, wires, distributor, rotor), new radiator and water pump. The next was power steering system, muffler, and U-joints. You get the picture. If the van didn’t work, this spiritual/personal journey would have never happened.

The other assumed part of the lifestyle is having little conveniences that make life seem “semi-normal.” Granted you must first get accustomed to living in a small space. Once you get beyond that, you can basically have all the things you have in an apartment, in a van.

The preparation stages for living in the van required buying a 12-volt fridge/freezer; a 2,000 watt generator, a solar-electric system, butane cooktops, and a portable shower. I even enjoyed recreational cannabis in Colorado, Nevada, Washington, and Oregon.

There were some periods where I carried a window air conditioning unit and ran it while surviving desert heat and Midwest humidity.

Living in a van was also made easier because I had access to Federal Reserve notes from anywhere. I’ve done content marketing and legal document preparation for close to 10 years. Some people I met on the road made livings as graphic designers. One guy did odd jobs he found on Craigslist in various cities. An older lady I met in Idaho survived off savings. There were just so many people with such interesting lives and unique perspectives.

Traveling by sea and settling down

The van has been parked in storage for much of 2017. I’ve acquired many small, inexpensive plots of land in several states where I’ll live for weeks or months at a time. The nomadic life feels natural now. The next chapter is traversing not just the USA, but the globe – on freighter boats.

I doubt the van sees any trips in 2018. I may even hand it down to another soul who wants a life-shaping, existential experience. All I do know is that it would be very difficult to go back to a life with a 7am-7pm work/commute schedule Monday through Friday when I know all I need is $12k per year to feel wealthy if push comes to shove.

I don’t know what the world has in store tomorrow, next week, or next year. That, my friends, is the beauty of life.