Dear Men: If She’s Down, Have Sex With Your Woman On Her Cycle

The USA has taken several steps backwards socially lately, particularly when it comes to respect for women. The White House has basically made casual misogyny de-facto policy and even “cool” to its millions of loyal followers; while completely eliminating basic manners and decency in casual contact between men and women.

This behavior has trickled down as a cultural norm. The USA has never been kind to women in its history, especially black women. That’s why its more important than ever for guys to be super sweet to their special ladies in 2018.

When the U.S. Constitution was ratified in 1789, it used words like “persons” and “electors” throughout the text to give an illusion of equality. But women were not allowed to own property; and only white people were considered “human.” Mississippi, of all places, was the first state to “allow” women to own property in their own names in 1839. The caveat: they had to get permission from their husbands. Unmarried women could not own property at all.

One of my personal heroes in U.S. history was the black girl/woman named Celia. A rapist, pedophile, 70-year-old white male named Robert Newsom, “purchased” her in 1850 when she was 14 years old. He repeatedly raped Celia for five years. One night, June 23, 1855, 19-year-old Celia was done being raped. When Newsom entered her cabin to rape her, she struck him with a large stick several times, killing him.

Missouri had a law at the time that allowed women to kill in self-defense when men were raping them. But Celia was charged with murder. The judge, William Hall, instructed the jury of 12 white, slave-owning, rapist men, “if Newsom was in the habit of having intercourse with the defendant slave…and she killed him as a result, it is murder in the first degree.” Celia was martyred (hanged) on December 21, 1855. Let’s also not forget the 14th and 15th Amendments gave black men the right to vote in 1870 (thought most did not since white lynch mobs threatened their lives). It took 50 more years (1920) until white men allowed women of any color to vote via 19th Amendment.

Today we have a President of the United States who has been accused of sexual assault by at least 22 women and girls, with the most disturbing account being that of Katie Johnson. Donald Trump’s own ex-wife, Ivana, said in a court deposition he ripped her hair out and raped her. Those videos of Donald yearning sex with his own daughter are very creepy too.

Men have more of an obligation in 2018 to love, encourage, and feel the woman in their lives. We need to make women feel special, wanted, and beautiful all the time. Remember, no man is a complete man without his woman. The ultimate “I love you” is having sex while she’s on her period. Women feel gross, bloated, irritated, and of course, physical pain during their monthly cycles. Men can never fully understand this because we can never experience it. So the best thing to do is make it a joint experience.

Sex on the menstrual cycle is actually pretty common in the USA. A 2017 study by the Flex Company – a firm that makes menstrual cycle sex tools – found that 45% of women viewed period sex as normal and natural*. The number who found it “kind of gross” was 39%, meaning attitudes are virtually split even on period sex when it comes to women.

A 2009 survey of 92 sexually active women age 18-23 found that 40 of them had menstrual intercourse regularly. Most of them also said they were in committed relationships. Thirty-seven (37) women said they never have and never will have sex on their periods. Thus the numbers are about the same as the Flex Company’s: half like it, half don’t.

A man is blessed if he has a woman who loves him. Women are beautiful, special people who have the power to give birth to more people. If your woman is in the “I think it’s gross” camp, ask her why. This leads to interesting conversation where both of you will learn stuff about one another.

It does seem that negative attitudes about period sex positively correlate with aging. Young people (under 25) are more ok with it. It also appears that women who have had children have a more negative attitude towards sex in general, so probably wouldn’t be down with menstrual intercourse. An interesting quote from a WebMD article says this about mother libidos:

“Women with small children were the most likely to report short-term and long-term problems with desire,” researcher Catherine H. Mercer, MSc, PhD, tells WebMD. “But interestingly, this was not the case among married men.”

This is not to say that those in their late 30s and 40s people should strive for having period sex 3 of 7 days every cycle. We’re talking 2-3 times a year, spontaneously, and without hesitation, other than the removal ceremony, if you will. If you do it more than that, it’s just whip cream on the pie.

Men like sex, burnt to a crisp or bloody as hell.

Menstrual intercourse relieves PMS cramps and shortens the overall monthly cycle. Several muscles in the female body, including vaginal and uterine muscles, rhythmically and simultaneously contract during orgasms. Meanwhile brain activity on MRI scans during women’s orgasms light up like Christmas trees in all areas of the brain, according to a Rutgers University study published in 2011.

Female orgasms are intense and cool to be a part of, considering how relatively-difficult it is for a man to make a woman climax. Some women are shy about asking you to stimulate their clitoris during intercourse because its not necessarily traditional or routine. But many women seem to like that. 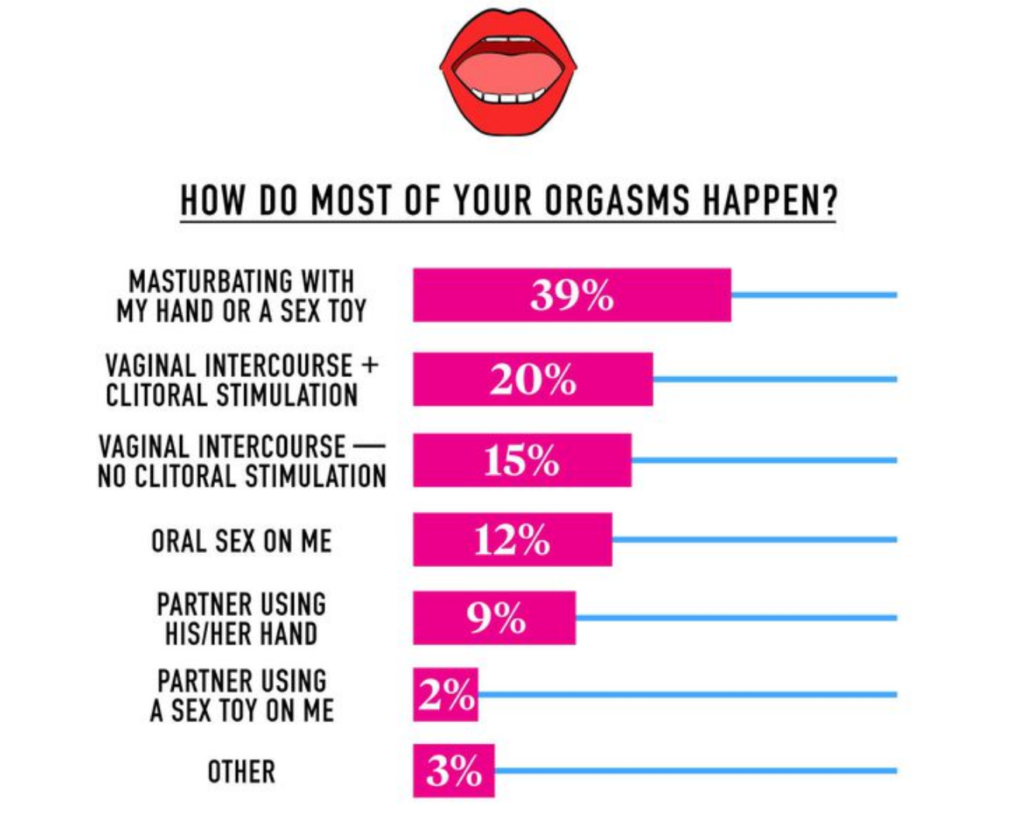 The vaginal contractions push more uterine content outward. Those extra contractions clean women out faster. Of course this is also why period sex can get a little messy (TIP: use a red towel). Orgasms thus shorten women’s cycles. But they have to be REAL orgasms and not “When Harry Met Sally” orgasms.

There are several websites, citing a 2005 Redbook study, that say pain from menstrual cramps is reduced by up to 70% as a result of period sex. Take that for what it’s worth since I cannot find the actual study anywhere. But a 2002 study published in the journal Gynecologic and Obstetric Investigation, found that women who had sex regularly or occasionally while menstruating were far less likely to develop endometriosis versus women who never have sex on their periods.

Period sex is good for women’s bodies and good for relationships.

Humans are creatures of habit. That maxim has been repeated for probably thousands of years. Its very difficult to change a habit we’ve developed over years. Changing habits is more difficult as we age. A habit that took you 2-3 years to learn is going to take 2-3 years to unlearn, according to Psych Central founder Dr. John Grohol.

Guys in steady, committed relationships know when the lady is on her cycle. You know she’s going to be a little short, maybe irritable, maybe distant, maybe emotional, maybe all of the above. Cuddling is not only one of the most loving, warm activities lady and gentleman can do together, but it also soothes her menstrual pain.

Researchers at the Max Planck Institute for Medical Research in Heidelberg, Germany, say the “cuddle hormone” oxytocin is so-named because it is released when you feel love and trust; i.e. cuddling. Oxytocin is known to have pain-relieving effects, which of course helps menstrual cramps. The cuddle hormone also gives your immune system a jolt.

Young, determined people shouldn’t have great difficulty breaking their sexual routines and incorporating period sex. Those who are 30-plus can start with cuddling. I’ve learned that women sometimes place your hands where the menstrual cramps are bothering her most. Placing my warm, bare hand flatly and firmly on her abdomen after she put it there, seemed to really make her feel better after looking visibly uncomfortable right before that.

Men need to step up in 2018 and Make Chivalry Awesome Again. A man is nothing but a dumb animal that eats and plant seeds, without a loving, complementary, apple-of-the-eye woman on his side. We need to start acting that way again reflexively and naturally; and appreciate women for what they do for the human race.

There’s no better way to show your love, affection, and commitment than having period sex. Whether you’re 15 or 50, Happy Menstrual Sexing!

*The survey consisted of 502 people. 80% were women and 17% were male. 85% of participants specifically identified themselves as “straight,” which is apparently necessary to say in 2018.

Published in American Culture and relationships