The NeverEnding Story: the most influential film of my life

The summer of 1984 was a banner time for movies. See Ghostbusters, Sixteen Candles, Revenge of the Nerds, Karate Kid, et al. The Orpheum theater in Marshalltown, Iowa had a new movie playing called “The NeverEnding Story” (NOTE: last movie I saw at the Orpheum was Caddyshack II in 1988). I had $5.52 in my pocket from my paper route job. That was enough for a movie ticket, popcorn and pop in those days.

I watched “The NeverEnding Story” by myself, with only 40-50 other people in the theater. It shaped me forever. All I wanted from that point forward was to save my Childlike Empress (aka Moon Child). 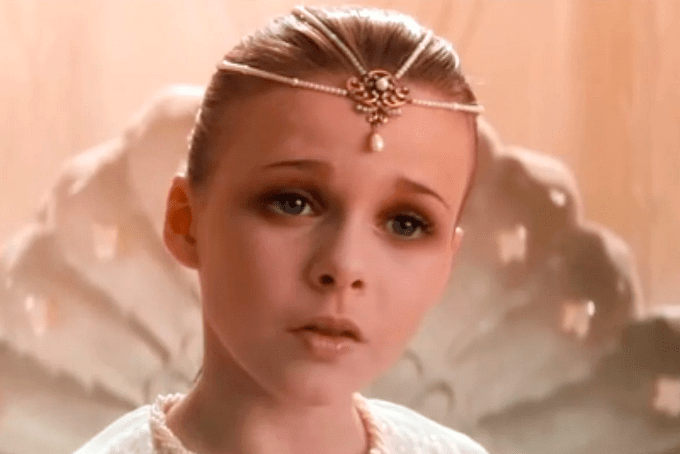 I wanted to save Fantasia from The Nothing. I wanted a friend like Falkor. I cried when my friend Cosmic the stray cat left me, similar to Artax, the horse in the film. 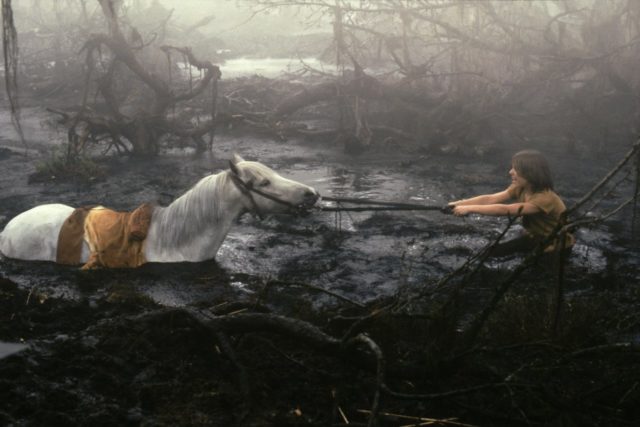 The only way I could do all that was writing my own stories. That’s what I did.

An author is born

My first book was called “A Case of Space.” I cut several sheets of notebook paper in half in the autumn of 1984, stapled them together along the left edges, and began my journeys through a world ruled by evil robots. Shimron was the leader of the robot race.

They kidnapped Lila, the apple of my eye and the Princess of Notherworld. The Notherworld name was inspired by the Kenny Rogers/Dolly Parton song “Islands in the Stream” – “sail away with me to [A]NOTHERWORLD”. Lila wore glasses and had a stutter, similar to my nine-year-old self. “A Case of Space” ended with Lila and I (my character was named Cedar Stone) getting married at age 10 and ruling a universe where everybody was happy and healthy.

Characters like Marty Merdle, Tony Quack (an anthropomorphic duck), and Cassidy Taylor were born thereafter. Cramson High School had the nerds and the popular people. “The Quiz Show” debuted in 1985. I created voices for various characters with my cousin Boo and my little sister on my tape recorder. I drew pictures of Cramson High yearbooks. “The NeverEnding Story” validated my imagination, my desire to create a world I loved.

My writing took me to that setting. Writing has been my therapy since 1984. “The NeverEnding Story” played a huge role in that. The song/score was just as influential as the film.

The making of a hit song

British vocalist Limahl (Christopher Hamill) was kicked out of the band Kajagoogoo, of “Too Shy” fame, in 1983. He was embarking on a solo career. Italian songwriter and producer Giorgio Moroder, and British songwriter Keith Forsey, wrote “The NeverEnding Story” song. Limahl never believed the song would be a hit. Here’s a Limahl quote from a 2005 interview:

I had no involvement in the writing of the song and I sang it purely from a professional singer’s perspective in that I was there to deliver a vocal. I kind of flew into Germany with a hangover, a bit nervous about meeting Monsieur Giorgio Moroder. When I got back I listened to it on my ghetto-blaster at my flat and I thought, ‘Oh this is not as good as the other Giorgio Moroder songs that I like.

“The NeverEnding Story” song peaked at #17 on the Billboard Hot 100 on June 15, 1985. It was also an international success, hitting #1 in Japan, Poland, Spain and Sweden. It was featured at the beginning and end of the North American version of the movie. It was not part of the German version.

American singer Beth Anderson did the backup vocals for the song. But British singer Mandy Newton is the woman in the various music videos. She was a backup singer for Limahl and lip-synced the lyrics for the videos. Newton’s presence is partly the reason that the song achieved international success. The chemistry between Limahl and Newton was certainly not faked, not choreographed despite Limahl saying he was homosexual later in life.

Limahl and Mandy were literally about to kiss at the 1:40 mark of this video. They knew it was bad for professional and career purposes.

Anderson and Limahl also lacked chemistry and synergy, sexual or otherwise. It was obvious just watching the videos. Limahl and Newton exhibited conspicuous sexual chemistry. It made the song and video legendary, cool for young Gen X’ers. It also, unfortunately, made Beth Anderson persona non grata. Anderson looked awkward and forced in “The NeverEnding Story.” This performance on Solid Gold epitomized it all.

But give credit where it’s due. Anderson was a successful voice actress throughout the 1980s and 1990s. She performed the song “Dance Dance Dance” from the 1983 film “Scarface.”

The Netflix show epitomizes the message of the original movie. Kids lack the gift of untainted imagination in 2020. They are controlled by social media and television. Everything from the 1970s and 1980s is remade in 2020 and presented as original.

There’s nothing original anymore. It’s great that younger generations at least know about “The NeverEnding Story” because of the Netflix show. I just hope they understand the underlying message.

My Princess will always exist. I’ll always be royalty married to my Princess. It’s because of “The NeverEnding Story.” Just like I learned my first few words of the German language from “99 Luftballoons.” I learned to imagine and manifest my destiny via a 1980s German songwriter, with the help of a British dude. Thanks guys!