30 years ago today: Paula Abdul reached #1 on the Billboard Hot 100 with “Opposites Attract” 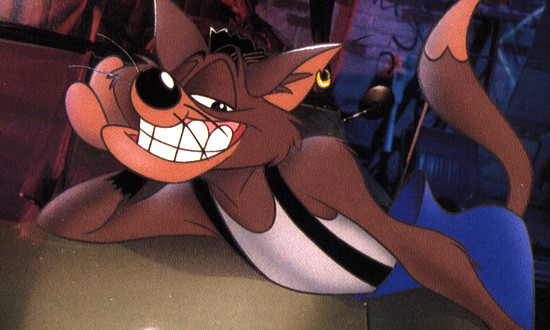 I skipped school on Thursday, February 15, 1990. I’d met this cute eighth grader at Skate North in Des Moines the previous Friday and was going to spend the day at her house. Problem was that I was only 14 (no driver’s license) and she lived far out in Urbandale. The bus took me part of the way, before I walked the last three miles.

My journal is a bit illegible the rest of the way due to spilling something on it over the years. But her mom came home early and I ended having to hide in the closet and climb out a window when the coast was clear. In-school suspension was coming the next day for the truancy. But hey, she was really cute!

I worked the 5 p.m. to close shift at Taco Bell that night. It was about 12:45 a.m., 15 minute before closing time. Everything was clean and we were about to walk out the door at 1:15 or so. But some a-hole came to the drive-thru and ordered 30 tacos and 10 burritos.

Keith, the manager, and I, closed up after that. I turned the radio to Q-102 and blasted it because I was mad as hell that we weren’t getting out of there now until after 2. The D.J. announced that “Opposites Attract” by Paula Abdul was the #1 song on the Billboard Hot 100 that week. My anger turned to joy trying to mimic the dance moves as I cleaned the front of the store.

“Opposites Attract” was Paula’s fourth #1 single (after “Straight Up,” “Forever Your Girl,” and “Cold Hearted”) from her debut album “Forever Your Girl,” released on June 21, 1988. But “Opposites Attract” drew a lot of attention because of the music video. It featured an animated, anthropomorphic, tap-dancing rapper named MC Skat Kat. The idea of the cartoon cat was inspired by the 1945 musical comedy film “Anchors Aweigh.” Gene Kelly danced with Jerry Mouse, of Tom and Jerry fame, in the movie.

“Opposites Attract” won the 1991 Grammy for Best Short Form Music Video. Paula was only the fourth artist at the time to chart four #1 hits from one album (Michael Jackson, George Michael, and Whitney Houston). Paula and Gene Kelly became close friends too after the song was released. It stayed at #1 for three weeks, denying Seduction’s #2 hit “Two To Make It Right” the top spot.